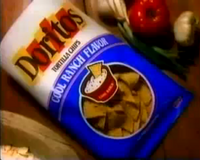 The packaging was changed in 1995, and was renamed Cooler Ranch. 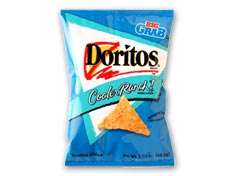 The packaging changed again in 2000. 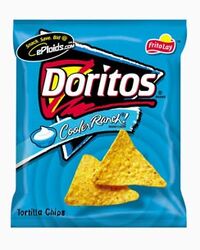 In 2005, the flavor name was switched to Cool Ranch.

In 2006, when a new logo was presented to consumers, the flavor got its name changed to Cool Ranch, and now all bags feature three chips.

by 2007, the flavor names for this and all other flavors got their letter cases changed to upper- and lowercase.

In February 2013, the packaging for Cool Ranch and every Doritos flavor featured a new logo and a right-aligned flavor name. The number of chips on the bag switched to two.